Push Notification service for anime episodes and news. The episode updates will be based on actual upload on the internet and NOT Japan tv schedule as other apps do.

There are two types of episode updates. Japan TV schedule and actual episode uploads on the internet. This app do the latter.

The target users of this app are those anime fans not living in Japan. And that is most of us, I'm pretty sure :)

This app is inspired by r/anime Subreddit's Episode BOT - this bot gets update from legal sites and anime torrent sites.

Visit the contributing guide to set up the project.

This app is made with Flutter.

If you're using the app and liking it so far. Consider supporting the developer by donating from the mobile app through google play in-app purchase. It's a $1 per month subscription.

There's also a posibility for me to build and publish an iOS version if donations go well. This app's source code is cross-platform.

Readky is a Free Flutter News App Starter Template that can help you develop a News application much faster.

Readky. Introduction Readky is a Free Flutter News App Starter Template that can help you develop a News application much faster. You just need to add

Starter app for Flutter that includes many different production app features; some not typically included in demo apps.

An application built using Flutter that can be used while playing board games if actual or physical dice is missing . This is a dual dice application. 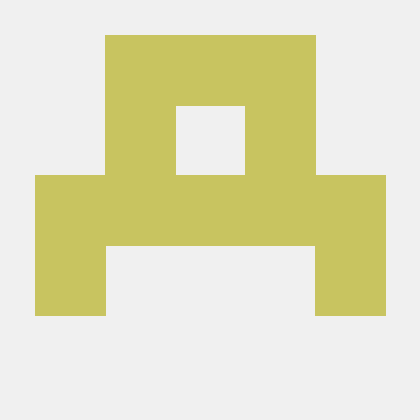 An app to pick, upload and display images from camera and gallery with size and extension constraints.

image_uploader A new Flutter project. Getting Started This project is a starting point for a Flutter application. A few resources to get you started i

🚗 Apple CarPlay for Flutter Apps. Aims to make it safe to use apps made with Flutter in the car by integrating with CarPlay.

CarPlay with Flutter ?? Flutter Apps now on Apple CarPlay! flutter_carplay aims to make it safe to use iPhone apps made with Flutter in the car by int

A News App in Flutter using the newsapi.org API and using Bloc.

This project has the vision to assist the officials for Forest trees census and tagging each tree with proper location (latitude and longitude), tree type, and other arguments. and further had the plan to apply data analysis over-collected data.

?? Trees ?? ?? Tagger ?? App & Analysis Software The vision of this project is to assist forest officials for tree census by tagging each tree with pr

This is template toolkit fasten your project setup within a minute. The toolkit is based on MVC+S structure.

BWeird Flutter Toolkit! Hi! From a Weirder Flutter has been great on mobile development and I took this opportunity to make it even greater with templ

Space Empires ?? Introduction ?? Space Empires A 4X Space themed Strategy Game made with Flutter Complete Rules and Instruction can be accessed from t

Socket library for creating real-time multiplayer games. Based on TCP, with the ability to send messages over UDP (planned).

Game socket The library was published in early access and is not stable, as it is being developed in parallel with other solutions. English is not a n

This repo is a boilerplate to create flutter application easily. It is based on **GetX**.

flutter-app boilerplate This repo is a boilerplate to create flutter application easily. It is based on GetX. More info about GetX here. The app has b

A flutter search engine based on MediaWiki with caching.

A Flutter application with proper navigation and routes handling and API data fetching and posting.

Dictionary Flutter Application is made with Flutter and Supabase which allows user to search words and fetch the meaning. End users can save use the app as guest for every single session or they can authenticate with the app and can save the words for later use.